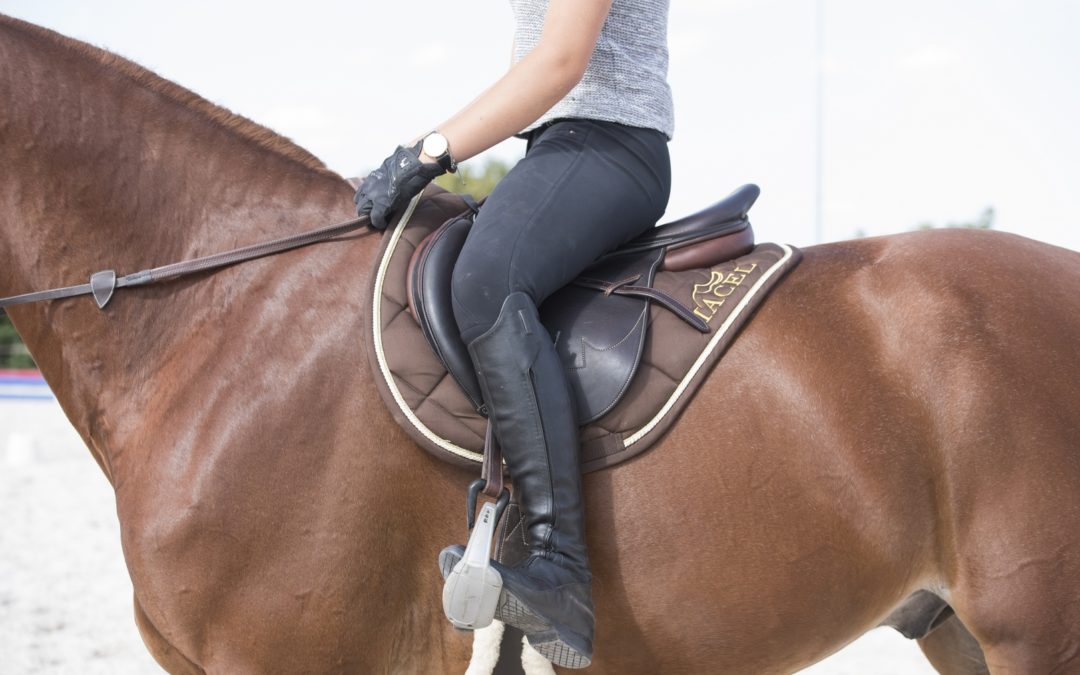 The MACEL Samba and the Made In France :

« Conceived in tradition and perfected with time, Macel Saddles are hand crafted in France and desired globally. Macel’s meticulous attention to detail, right down to a single stitch, is their mark of excellence. »

Maintaining production on one site, with each saddle produced by one craftsman ensures intimate knowledge and total control over the quality of the final product.

French saddlery is the result of traditional craftsmanship which is envied throughout the world. It is crucial to preserver it, to protect its secrets and above all to resist the temptation of cheaper outsourcing.

There is a major stability problem with wide tree and thick padding saddles. They fit, eventually, the horse standing still but create major stability problems once the horse is set in motion. During clinics, where I see the dysfunction and ride in all types of saddles, I see horses and riders struggling with serious problem created by the saddles. Curiously, riders get use to these nuisances and even believe that they like the saddle.

Flying back from Sweden, I was thinking about creating diagrams that would illustrate the instability problems created by saddles shifting right and left during locomotion.
Backward movement of the left front leg is synchronized with left lateral bending of the thoracic spine. As lateroflexion is always coupled with transversal rotation. Left lateral bending of the thoracic spine will be normally coupled with a transversal rotation shifting the dorsal spines toward the inside of the bend and therefore the left.
What I see quite often is saddles shifting right and left, aggravating the transversal rotations and forcing the horse to deal with the shifts of the saddle pulling the saddle on the other side when the right foreleg moves back.
When, due to back muscles imbalance, the transversal rotation is greater in one direction, these unstable saddles shift in direction of the greater rotation, seating the rider unevenly in one side. Such lateral /transversal shift of the saddle can also be due to inverted rotation.

Quite obviously, the solution is recreating proper development and balance of the horse’s back muscles, but when saddle fitters adjust the saddle to the horse’s back muscles’ imbalance, they aggravate the problem and compromise the horse’s rehabilitation.
In some instances, the instability of the saddle is so bad that the relation between the rider and the horse back is altered by a “third language’, which is the individual rotations and lateral shifts of the saddle.
When the left foreleg will move back, the thoracic spine will bend to the left and the dorsal spines will shift toward the left.
The alternative shifts of the dorsal spines are not very intense and a close contact saddle, such as the Samba, will barely move right and left.  At the contrary, a wide tree and thick padding saddle will aggravate these alternative rotations.
The shift is even worse when thick paddings are added to the wide tree, placing the saddle and therefore the rider even higher above the horse. This problem is illustrated by the orange curved line and the arrow.
The shift is even worse when thick padding is placing the saddle and the rider even higher above the horse’s back. This is illustrated by the orange curved line and the orange arrow.

This other series of diagrams illustrates the same problematic shifts of the wide trees and thick padding saddles.